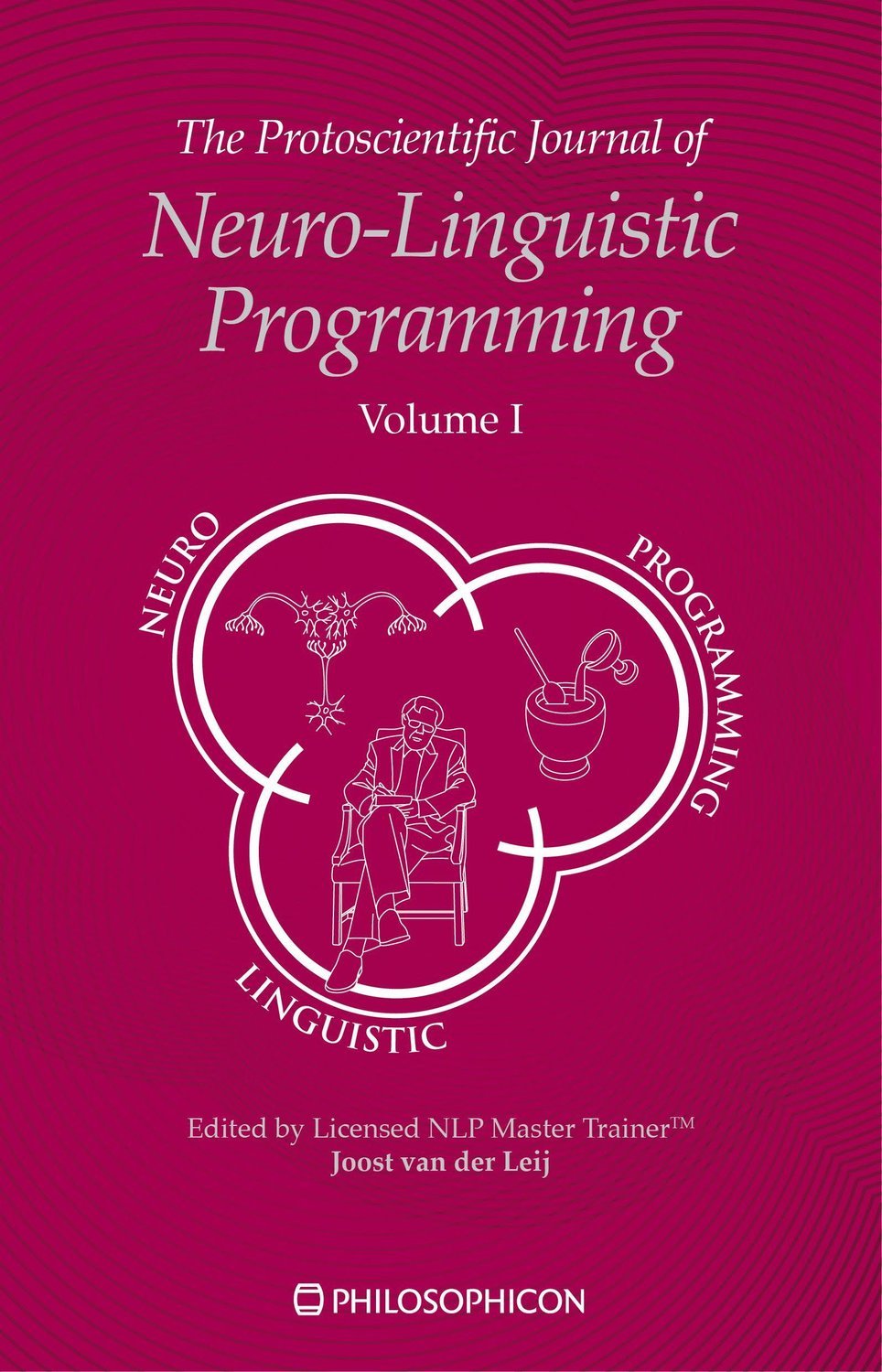 The Protoscientific Journal of NLP - volume 1

[The Protoscientific Journal of NLP will be published on June 19th 2017.]

The Protoscientific Journal of NLP is an attempt to introduce academic reasoning into the field of NLP. For a clear description of its goals and how we make sure that this differs from pseudoscience, please see: http://abcnlp.org/

The following articles are in volume one:

ABC and TOTE: how to reconcile behaviorism, cybernetics and enactivism

The first article has been written after having been inspired by the ABC-model from Behavior Analysis. Although NLP is not mentioned anywhere, it is written with NLP clearly in mind. For if there is a link of the ABC-model to the TOTE model then NLP practitioners can use the ABC-model without a hitch. The interesting part that surprised me is that the TOTE model actually played a role in the demise of behaviorism giving this reconciliation a nice level of tension. Even more surprising was the link to enactivism which, like NLP, has cybernetic roots and is often accused of behaviorism.

Had I read Hutto’s Radicalizing Enactivism before writing Lesser Minds then the title would probably have been More Basic Minds rather than Lesser Minds. Lesser minds argues for a psychology without content. Again, although it nowhere mentions NLP, it is written with NLP in mind because to me NLP is a way of doing psychology without content. Or to put it otherwise: if people like Stich, Hutto and me are right about the lack of content in our brain or mind, then the current approach to psychology, including cognitivism, is a dead end road. It would mean that an approach to the human mind akin to what behavior analysts are doing in terms of the ABC-model would be much more likely to be fruitful.

The case for a pure feeling theory

When I read that almost no-one had ever tried to come up with a pure feeling theory of emotions I just had to see if I could come up with one. Once again NLP is nowhere mentioned but the article has been written with NLP in mind. To me the NLP approach to emotions is a pure feeling theory. This article has been written before Lesser Minds had been written. In the light of a psychology without content emotions have to be pure feelings or bodily movements. Everything else involves content and thus cannot be part of a psychology without content. In the article it is explained that there are good reasons and arguments why bodily movements would not count. So that leaves us only with a pure feeling theory.

Blame without a cause

This is the first pure NLP article. On the one hand this article expounds my concerns with Dilts’ logical levels and on the other hand it demonstrates how academic reasoning can further a deeper understanding of NLP. As Dilts’ logical levels are very popular within the field of NLP, this is quite a controversial article. So it is okay to disagree with me. Yet, the hope of the first volume of the Protoscientific Journal of NLP is that those disagreeing with anything in these articles are also inspired to write up their own arguments for their points of view. Please send them to the Protoscientific Journal of NLP and then we publish them so that we get a more academic discussion within the field of NLP.
Bewaar dit product voor later
Toon prijzen EUR